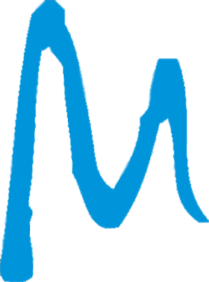 The story of The Mandolis and its realization by us, the promoters, investors and planners Nawar Al Bitar and Roman Steinemann begins on the beaches of Sihanoukville and Kep in Cambodia and finds his finally happy conclusion in Dawei and on the Dawei Peninsula in the South of Myanmar.

Years ago. we went to Cambodia to see if there was a possibility to create a small holiday resort on the beach. The ideas were vague and the thoughts of an actual realization still far away. We quickly realized that the few beaches in Cambodia were not very interesting or then hardly available. As much less time had to be spent on exploring than expected, we decided to travel to Myanmar. Nawar Al Bitar had known the country for years and was already fascinated by it. Roman Steinemann, on the other hand, visited the country for the first time, but he too was immediately captured by Burmese culture.The idea was developed to look for an opportunity in Myanmar to perhaps one day indeed build our new future. Two years went by with trips to Myanmar and the exploration of almost all the beaches on the west coast of Myanmar. For the time being, the search was concentrated on the Rakhine State and there on the section between Ngapali and Goa. Many untouched beaches, almost untouched nature, exceptionally hospitable residents, made it easy for us to be delighted by this part of Myanmar.

We felt welcome and found quick contact. Several beaches were tested and mostly left without results. We could finally find a land strip with direct beach connection, but in the end the first experiences with negative aspects of the Burmese culture led to an early end of this project. Despite disappointment, the decision was made to concentrate on other even more untouched regions. The Taninthary Region in South Myanmar with its unspoiled beaches, just opened for tourists, was a great opportunity to explore. The beaches of the Dawei Peninsula were visited particularly. Here as well we were quickly captured by the hospitality. Finally, the Tizit Beach was visited and first discussions with land owners on the beach took place. It quickly became clear to us that our future would be here. The development of our first project was launched. The planning of “The Mandolis at Tizit Beach” was fast, the necessary permits could be applied for and were issued.

The application as an investor was submitted to the Myanmar Investment Commission. But the necessary recommendation letter from the Chief Minister of Tanintharyi is still missing, which is disappointing. For this reason, we are still waiting to continue. Despite the first disappointment, we could not be misled.

As a longer project break was foreseeable, we decided to resume our previously developed Plan B. The search in Dawei for premises for a restaurant with garden finally ended with the rent of a plot with two buildings for a restaurant and a small hotel. The expansion of our business idea from Beach Resorts to Boutique Hotels has been realized. A long story finally ends with the opening of “The Mandolis at Dawei” in December 2017 and hopefully soon with “The Mandolis Resort at Tizit Beach” as well.